We were thrilled to welcome Cllr Nicola Nardelli, the Mayor of Wandsworth, to the Scrapstore yesterday for a visit. We’re obviously very proud of what we do, and it was great to be able to show it off to such a VIP! Catherine accompanied her on a tour of the Scrapstore, and tells us all about it below.

Madame Mayor was greeted by Lucy, our Chair of Trustees, and Kayla, one of our newest volunteers, with a bouquet of artificial flowers she had made. Although she was not quite sure what to expect, she was very intrigued to come to a place that sounded so unusual; she was amazed at what she found and couldn’t quite believe her eyes. As well as volunteers, we were also joined by some of our members and supporters, including Jane from Bridge Lane Nursery, Maryanne and Beth from Smallwood School, and Liz Hickson from Wandsworth’s Family Information Service.

She was very interested in finding out about our volunteers and who they were, why they volunteered and what skills they had. We talked about how everybody brought their own skills and the value of having volunteers from 18-80 - 18 year olds to keep us in touch with the ‘modern world’ and 80 year olds to pass on knowledge of the more traditional crafts that may have skipped a generation. She was especially interested in our glamorous young volunteer Claudia offering a crochet workshop.

Madame Mayor showed interest in our various workshops and events, so we introduced her to Teresa who talked about the Wishing Tree and how many ‘lives’ it had had, as well as other workshops, like Freyja’s paper folding, that are held in-house. Susan and I also talked about how important the workshops within the communities are for the purpose of giving everyone the opportunity to work on arts and crafts projects and telling people about us in the hope of raising membership numbers.

Teresa showed her the mountain of fabrics in large plastic bags waiting in the ‘coal hole’ to be processed by our fabric volunteers and followed on with a visit to the fabric cutting and folding table where she was introduced to two of our longest standing volunteers, Hansa and Doreen – she was very impressed with the beautiful bunting Hansa had made!

She was interested in finding out how long the supplies stay in the store so Marie explained how certain items were collected as soon as they went out on the shelves, like pretty dress fabrics, fake fur fabrics, leather, and anything bling!

After the tour, we enjoyed some tea and home-made cake in the Scrapstore ‘staff room’, where she told me she wished that she had known about us before as she had been sorting through her mother’s cupboards and saw all her materials and sewing machine. She had forgotten how much arts and crafts had been a part of her life when growing up and into her early adulthood.

There was just time for us to show the Mayor the amazing displays produced by Carol (for Chinese New Year) and Jayson (with examples of his colourful rangoli designs), before she had to leave for her next appointment. It was a great honour to show her our amazing Scrapstore, which we’re so proud of, and I hope it encourages her to get back into the arts and crafts that she used to enjoy. If she does, we'll be here with all the materials she needs! 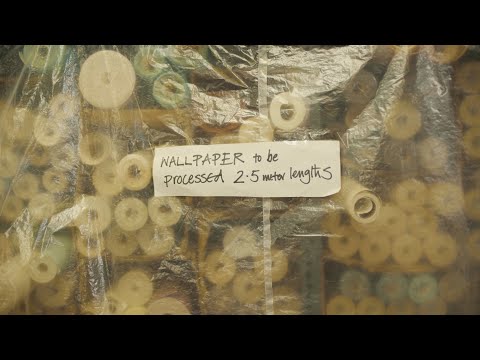